Silicon Use in Electronics

Most modern day electronics contain silicon. This important semiconductor material is used to power a wide variety of electronic devices from supercomputers to microwave ovens.

In its pure state, silicon resembles aluminum. Silicon wafers are commonly used as a substrate for microelectronic devices. These devices are built in or over the wafer.

Silicon is a chemical element found in both sand and glass. It is the second most abundant element in the Earth’s crust. Silicon is typically found compounded with other elements. Silicon elements are able to bind atoms tightly and in complex arrangements. The abundance of silicon makes it inexpensive and easy to acquire. This is the biggest reason why silicon is the most widely used semiconductor material.

What is a semiconductor?

How is silicon manufactured?

Silicon wafers are used in the production of a wide range of electronic components. These wafers are created through a complex manufacturing process. Silicon manufacturing involves the production of metallurgical silicon, which is converted into trichlorosilane then purified and decomposed with hydrogen. This process creates a poly-silicon rod, which is crystallized and cut into wafers.

Why is silicon the most commonly used semiconductor material?

Although there are other semiconductor materials available today, silicon is the most commonly used. There are a many reasons silicon is the preferred material for electronic devices. Perhaps the most obvious is the abundance of silicon in the Earth’s crust. Silicon can be obtained through extremely effective extraction and purification methods. In addition to its availability, silicon forms a nice stable oxide and is relatively strong and easy to handle. The abundance of silicon makes it possible to create wafers of all shapes and sizes, no matter how big or small the requirement. These and other reasons make silicon the best choice for electronic devices.

MEI features depth of experience in medical, industrial, semiconductor equipment and military products. All product development efforts start with a unique set of requirements, yet we deliver results that share a common standard of excellence in form, function and design.

Our turn-key capabilities provide smart, simple solutions to cumbersome outsourcing issues, and provide our clients with an intelligent route from concept to market. 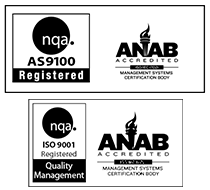